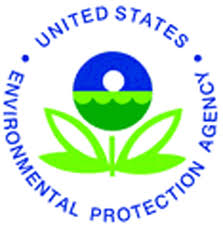 The toxicity of mercury and the fragility of polar environments is a combination of much concern. Current knowledge suggests that elemental mercury has an atmospheric residence time quite long enough for circumnavigating the globe before depositing. Recent mercury (Hg) measurements in the Arctic by Canadian and United States scientists showed the depletion of atmospheric elemental Hg concentrations with the simultaneous formation of a reactive form of Hg (RGM), which being involatile either rapidly deposits or condenses onto particulate matter already present. These events occurred from the onset of polar dawn (March) until early June in conjunction with tropospheric ozone depletion events in the Arctic springtime, pointing to a seasonal variation in mercury input to the Arctic ecosystem at the exact time that  microorganisms begin to flourish thus starting the Hg bioaccumulation process. Hg depletion events could therefore be, the main source of Hg contamination in wildlife both locally (at the point of deposition) and regionally (as a result of transport by surface water). The exact mechanism of the transformation of elemental Hg to RGM is as yet undetermined, the known gas phase Hg oxidation reactions appear to be too slow to account for the observed changes, but may be similar to the photochemical pathways that deplete ozone in Polar Regions.

A number of different sampling techniques will be used to assess the level of mercury and its compounds in the Arctic air.  Two monitoring stations are foreseen in the measurement strategy: the first, on Mount Zeppelin, 474m a.s.l. where it will be possible to continuously sample mercury species in the free troposphere above the boundary layer inversion, and the second station, near the sea on the coast of the fjord, in order to collect air samples in the lower troposphere on the sea/ice pack. Following this strategy, it will be possible to compare the results obtained contemporaneously at two sites in order to evaluate the influences of different chemical-physics variables on the mercury concentrations.  The Hg compound and other species measurements are summarised and described below: Sampling and Analytical Techniques for Atmospheric Measurements   ATMOSPHERIC MODELING The CNR-IIA tropospheric photochemical model including mercury can be used as a stand alone box model or in conjunction with dispersion / meteorological models. Used as a box model it is useful to study the importance of individual processes in mercury cycling, and can be used to evaluate the significance of individual reactions under given meteorological conditions. The identification of the most important processes and reaction pathways allows the database to be trimmed down to provide a streamlined chemical module to be used in conjunction with circulation models, for example. If the dispersion models used are not excessively time consuming it is possible to link the full chemistry module and follow the physico-chemical evolution of an air mass along its trajectory. Thus it will be possible to perform the detailed simulations required of mercury depletion events, because these occur when the Arctic troposphere behaves very much as if it were a closed ‘box’ (there is a stable inversion), thus the box model approach is valid. It will also be possible to perform the dispersion / trajectory analyses coupled with a slightly simplified chemistry model to determine where the Hg present before depletion comes from, and where the Hg that replenishes the gas phase Hg has been transported from.

In collaboration with the USEPA scientists, semi-continuous RGM, elemental Hg and particle Hg concentrations will be measured, during polar sunrise, at the NyAlesund,  to document and quantify the solar depletion events, supplemental measurements, including measurements of gas phase halides.  Mercury and halides in snow samples will be made to assist in deducing the mechanism of these transformations.  Meteorological data will be collected to model the atmospheric origins of air masses impacting the monitoring site.

One of the major benefits of performing measurements at Ny-Ålesund is the availability of a monitoring station on Mount Zeppelin, 474m asl. Given the typical height of the Arctic inversion layer during the envisaged measurement period, it will be possible to continuously monitor mercury and particulates in the free troposphere at the same time as performing ground level monitoring. The simultaneous measurements above and below the boundary layer should provide evidence for the mode of elemental Hg replenishment, whether it is from due to exchange with the free troposphere, or transport occurring at sea level. The proposed collaboration, by collecting data from two strategically placed Arctic stations, in the paths of different air masses and data from above the Arctic inversion layer would provide the most comprehensive set of Arctic mercury measurements performed to date.